Ten Questions with Mark Young: A Financial Advisor’s Predictions and Suggestions About the Deal World

To Our Clients and Friends

At MediaCPAs.com,  our network includes leading players involved in every facet of operating, managing and financing media companies. We will be bringing you the benefit of their experience and expertise regularly in our “10 Questions” format.

Last week we sat down with Mark Young in Watertown, Massachusetts. Mark is an experienced and well-known financial advisor to small- and medium-sized media companies. We have known Mark for over 15 years and believe that his commentary and suggestions will be helpful to our readers.

We welcome your thoughts, feedback, and suggestions for future interview subjects.

CRAVEN 1. Please tell us about your background? What did you do before? What does Gristmill Advisors do for its clients?

YOUNG: I’ve spent most of my career financing small- to medium-sized media companies. I did that in New York with a money center bank before moving up to Boston to join the Publishing Group at State Street Bank in 1992.

In 2005, I launched Grist Mill Advisors. Our focus continues to be on small- to medium-sized media companies. We have built our advisory practice on three elements: acquisition strategy, capital raising and sale preparation.

LEE: 2. What are current marketplace multiples for newspapers, magazines and newsletters? If you mention a range of multiples, what distinguishes companies at the top end of the range versus those at the bottom end of the range?

YOUNG: Purchase price multiples are definitely down from the low double digits that they were in the mid-2000s. They’re not down in the low single digits, either. Nothing happens down there. Sellers don’t sell. They go bankrupt or otherwise restructure instead!!

I’m comfortable with current market multiples in the four to six times EBITDA range for most small- to medium-sized media companies. Some brokers are promoting that the top end of the range has moved up to seven or even eight times. My counsel to clients is that they pay no more than six times in today’s market.

Higher market multiples are reserved for companies that weathered the economic storms of 2008 and 2009 relatively well and are growing again. The more stable and predictable the cash flow, the higher the multiple. Performance matters. Also, a preponderance of digital revenue streams other than print commands a premium. Traditional print media is heavily

YOUNG: EBITDA literally stands for Earnings Before Interest, Taxes, Depreciation and Amortization. It is commonly used as a proxy for operating cash flow (OCF) in determining what a company may be worth, how much debt capacity it may have, what excess cash may be available to distribute to owners, etc., etc.

EBITDA matters principally because it is the currency by which companies and their lenders express purchase price and leverage multiples.

EBITDA is also used to measure how well-managed a particular company in a particular industry is. There are industry norms for EBITDA margins (EBITDA/Total revenue).

CRAVEN: 4. Are there actually buyers for print media, such as newspapers, magazines, newsletters? Are there any areas that offer more growth potential?

Part of that is due to a lack of availability of senior debt to finance these transactions. But some of that, too, is due to sellers’ inability or unwillingness to accept how far the prices of their properties have fallen. So far, the private equity groups,  owner/operators and their lenders have been willing to “extend and pretend.” There’s been little capitulation on the part of the sellers.

We reached a saturation point in print media some time ago. I don’t care what interest or

niche you pick, there’s one, two, three publications or more that serve that space. Most special interests or verticals can’t support that many.

YOUNG: Private equity is still interested in media – though not so much in print.

The private equity groups that are active now are those that understood that prices had overshot the upside and harvested what they could of their investment portfolios before the economy and the market turned down. Count former owner/operators among these well-positioned buyers. They sold their companies at the top of the market and now may have the opportunity to buy them back again at substantial discounts. These are cyclical businesses and the cycles of multiple expansion and then contraction and of consolidation and then disaggregation are still very much alive and well in media.

CRAVEN 6. What suggestions would you have for structuring deals in today’s environment?

YOUNG: Don’t overpay for a property or over leverage it. Lenders won’t let you, even if you wanted to.

I think it’s interesting that no one is taking the approach we took at State Street Bank back in the early 1990s. Maybe it’s still too early in the cycle. We used to look at the last two or three years of operating results and try to normalize EBITDA. Then we’d apply a leverage multiple that we knew worked for these kinds of credits—something in the three to four times range—and try to do business with people we wanted to do business with.

I think a new lender of choice will emerge sometime in the next year or two. That lender will be competent and confident in its ability to assess viable media businesses and will take a longer term view of the market and of the opportunity. In the meantime, borrowers will have to do the best they can with what they’ve got.

CRAVEN 7. Many formerly private equity-owned media companies, such as Reader’s Digest, Penton, Cygnus, Questex and numerous newspapers, filed for Chapter 11 bankruptcy. They are now owned by their former lenders. How do these financial institutions unravel their investments in these media properties? How does this impact the valuation of media properties?

YOUNG: Extend and pretend and hope the economy turns around and bails you out. No, seriously, these are cyclical businesses and with a long enough time horizon, most – but certainly not all – of these businesses will recover enough to cover what’s left of the debt on them after what’s already been serviced and after write-downs. They’ll be sold into the market at that point. There won’t be much, if any value to the equity but at least the remaining debt will be covered.

Most of the companies I know that are in the situation you describe are focused on rationalizing and optimizing existing operations. They’re not looking at making acquisitions. They’re just very focused on maximizing the market opportunities immediately in front of them with an eye to going to market next year or in 2012 based on stable to improving results in this year or in 2011.

LEE 8. How would you suggest that a successful publisher finance its future growth, whether organic or acquisitions? How about internet growth?

YOUNG: As I said before, performance matters. Maximizing revenues and optimizing EBITDA are the surest paths to success. I realize that’s easier said than done, but that’s where funding for growth is going to come from. That’s especially true for organic growth, but it’s also true for growth through acquisitions.

It may sound counter-intuitive but in today’s environment, equity capital is actually more prevalent and easier to raise than debt capital. There are many more equity players looking for deals to invest in right now than there are lenders. Don’t get me wrong: these equity investors are hunting for bargains – high growth, high return, low risk opportunities – but at least they’re still open for business whereas the banks and specialty finance companies that were so active during the heyday are not. 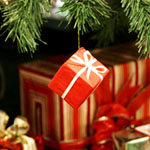 CRAVEN 9. Where do you think successful print media companies will be in 5 years, and how will they have gotten there? What is the impact of recent trends – on-line, mobile, video, hyper-local, social – on print media?

YOUNG: I think this – that the two most successful paths for someone wanting to make a lot of money in media during the next five years are: one, to buy an existing print media company at a substantial discount to what it’s intrinsically worth; or two, to leapfrog print all together and create content that is distributed digitally (on-line, mobile, video, whatever).

As a wise, old newspaper industry hand said to me a long time ago, “You make your money going in.” Buying assets for less than they’re worth with a margin of safety in case you’re wrong in some of your assumptions is one proven way to be successful as an investor. Print media is unloved at the moment. There are some good reasons for that. But that’s what creates opportunities.

CRAVEN 10. The past few years have been unprecedented difficult times for media companies. Is there a wealth creation opportunity for smart media entrepreneurs? If so, what would be your suggestions?

YOUNG:  I would encourage smart media entrepreneurs to look at the larger media companies and see if there aren’t pieces of them that they can’t pick off and run more efficiently and effectively than they’re currently being run. Either that or identify vulnerable publications or companies that aren’t meeting their markets’ needs and set up shop and compete against them.

I believe in building coherent portfolios. There are still a lot of hodge-podge portfolios out there that were built during the consolidation phase of the cycle. They need to be broken back down and run more efficiently by owner/operators who are focused on specific markets and are motivated by more than just meeting debt service requirements. This will happen eventually. Cash flows will improve and market multiples will move up. Then lenders will start lending again, consolidators will come in and start doing roll-ups, and the whole cycle will start all over again.

I’ve been doing this since the early-‘80s and have been through at least four cycles – up and now down. I know people want to say, “This time it’s different.” There will always be change and competitive threats. I don’t think that’s new to media. What’s most different about it,

from my perspective, is that the banks and other lenders are as over leveraged as their borrowers – if not more so. They don’t have the capacity to support their customers, even if they wanted to. That’s the biggest  difference I see in the current environment.